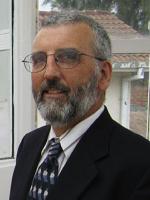 Not only does Becraft bring former associate chair experience to the position, he also brings the skills acquired from recently serving as a program director at the National Science Foundation (NSF), outside Washington, D.C. Becraft served as associate chair in the department under former GDCB Chair Jo Anne Powell-Coffman from 2014-2016.

“I am grateful that Phil has agreed to serve as associate chair of the department with a focus on teaching,” GDCB Chair Yanhai Yin said. “Teaching is an important component of our responsibilities as the department teaches more than 30 undergraduate and graduate courses. Phil is an accomplished scientist and a dedicated teacher, and we are fortunate to have him to guide our teaching mission. In addition, Phil brings invaluable experience to the departmental leadership team.”

Becraft returns from service at NSF

Becraft returned to GDCB earlier this year following a 16-month appointment at NSF where he served as a program director for Developmental Systems in the Integrative Organismal Systems Division.

As a program director, Becraft’s primary responsibilities included evaluating grant proposals and recommending the top priorities for funding. Employed on a rotational basis from academia, industry or other eligible organizations, NSF program directors “further the agency’s mission of supporting the entire spectrum of science and engineering research and education.”

Becraft’s time at NSF “provided a unique opportunity to gain a broad perspective on the cutting edge of developmental biology as well as in the nation’s scientific enterprise.” Becraft said he experienced an interesting period at NSF that included “some dramatic changes.” NSF moved its longtime headquarters in Arlington, Va., to a new building in Alexandria, Va. New grant application procedures were instituted with the elimination of preproposals and the implementation in the Directorate for Biological Sciences of a “no-deadline” submission process.

While at NSF, Becraft also witnessed the March for Science. He described the march as “a dramatic reaction among scientists and concerned citizens drawing attention to the negative impacts of politicizing science and scientific research.”

Becraft’s research interests “center on the regulation of plant growth and development. One major project focuses on maize endosperm development, which is an attractive system because of the endosperm’s importance to world food and industry, and because of its amenability to genetic analysis.”

The GDCB professor joined Iowa State University in 1996 as an assistant professor. He was promoted to associate professor in 2002 and professor in 2009. His research interests “center on the regulation of plant growth and development.”

Becraft is glad to be back at ISU and is enjoying assuming his new responsibilities with GDCB and the university.